“Hey, didn’t you call a cab? How are we supposed to get there?”

“You see, miss, I just felt like identifying with regular city people today.”

“You should have told me earlier. My flatmate is a make-up artist, now all this effort on my face will waste with the sun.”

The disappointment in her tone was so evident that I could almost taste it, but I couldn’t be bothered now. Femi, the guy I was squatting with at Ajah (I was yet to save enough to rent my own apartment) had headed to the mainland with the 2009 Toyota Camry I had planned to impress this girl with, and my Taxify account was devoid of any credit. In any case, I had no long-term plans with Lara; we were simply going to hang out, maybe see a movie, (hopefully) come back to “my” place, and that would be it. A one-off.

I had met Lara one day on a bus heading from CMS back to Ajah. I was “between jobs”, and I had done a bit of knocking at a number of large offices on Lagos Island, handing in physical copies of my resumé while hoping that the front desk officers would not dump my credentials beneath the rest of their office files, or worse still, gift them as wrapping paper to some nearby suya seller nearby. Six months without a job was nothing to giggle about, and, frustrated with the indifference of HR personnel to my mails, I had decided to be extra.

I had noticed her curves as she climbed into the bus and took position two rows in front of me. The black blouse revealed some cleavage, the navy blue skirt had her hips pop out, and the jet black braids amidst her light brown skin threw me into a state of “kuku kee me”. I waited for the directive for all passengers to alight before I approached her, and when she asked what I did for a living, I quickly blurted out the words “I work at an advertising agency in Broad Street”. We exchanged contacts, but she kept giving monosyllabic responses to my Whatsapp chats, until one day weeks later when I got a “hey you, how’ve you been?” from her. I think it must have been the day I updated my Whatsapp story with a photo of me posing in Femi’s car.
“About the Toyota, it’s been giving me issues, so I took it to the mechanic”, I saw in a low voice as the bus we boarded a few minutes earlier whizzed past Chevron Drive, in a bid to nip any questions concerning the car in the bud.

“Today is Sunday. Should we go to Silverbird?”

“No La-la, let’s try The Palms. We have a wider range of options there.”

We arrived at The Palms few minutes later, Lara’s makeup already showing signs of imminent melting. We walked past KFC and took a seat at the customers’ section of Coldstone Creamery. I had not deemed it fit to display any kind of chivalry, but if Sophia noticed this, she did not show it, staring thoughtfully instead at the different flavours of ice cream on the menu. 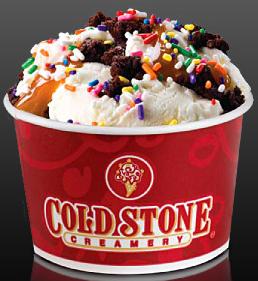 “I love the Oreo when it’s broken inside, really nice”.
I saw her eyes brighten up as she grabbed her order, only stopping short of immediately scooping a spoonful. I slowly picked my cup of plain Vanilla and placed it on my end of the small round table.

“How much would that be?”

I had estimated the cumulative cost to be three thousand six hundred naira, and I wanted to find out how the attendant arrived at that total, but I looked at Lara, took a deep breath and whipped out my ATM card. The attendant slotted it into the POS machine, had me type in my pin, and looked at me as the machine displayed a “Transaction Declined” message.

The ice cream was chilled, but I began to feel a lot of heat. I handed the card over again, and it was returned with the same result. By now, Lara was almost done with what was in her cup. I quickly sent a text message to Femi, reminding him of the six thousand naira he had promised to lend me by way of a transfer, and he replied that he had forgot to send it.

In a low voice, I told Lara that my card was having network problems, to which she replied “and I left my four ATM cards at home!” I began to look around, trying to see where Coldstone staff kept their mops, brooms and aprons, before I saw Lara dig her nails into her handbag. She brought out a few rumpled five hundred naira notes and handed them over to the cashier amidst a largely visible frown. “Vex money” had saved the day.

“Lara, erm, thanks, you see, the way my savings is set up, sometimes the network…”

“It’s fine, just have enough cash in hand next time”, she cut me short, smiling wryly.

The rest of the conversation was awkward from there. I could not even broach the subject of taking her home, let alone asking her out. The lame questions matched the forced replies, and the three-hour hangout I had mapped out in my head ended in seventy minutes.

“It was nice hanging out with you, L.”

I was lucky to have enough money to board a bus back to Ajah, and save for the conductor’s expletives, it was a pretty quiet journey.

“Not even money for Marwa?”

We walked to a nearby automated teller machine, where I withdrew a thousand naira and handed it to her. As she quickly snatched the two Azikiwe notes with her left hand and squeezed them into her purse, I figured that it would be futile trying to guilt-trip her with questions like “how will I survive this week?” The Lara that stood beside me at that moment couldn’t possibly be expected to give a damn.

I looked at her face once more; the make-up had significantly worn off, and the tribal marks were beginning to show. The goodbyes were mutually mirthless, and as she crossed the road, I knew I would not be seeing her ever again.